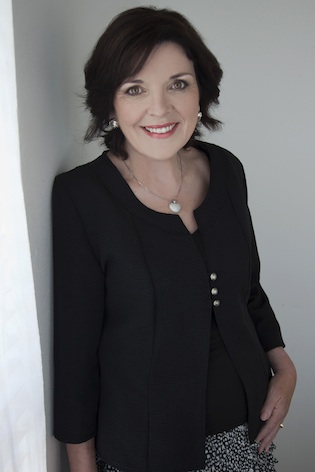 Maura is an entertaining speaker, internationally known medical doctor and health lawyer, and a sought-after advisor on women’s health issues, especially in relation to hormones and menopause.

She has practised medicine on 3 continents over 40 years. She qualified as a lawyer and practised as a partner in Clayton Utz, one of Australia’s top four legal firms, before retiring back into medicine to specialise in women’s primary care.

Her esteemed career in medicine began in Dublin and she was quickly recruited by Caritas Christi charity to work with the International Red Cross in Africa. There she learned to manage population health issues as the sole doctor in charge of 1000s of refugees from Biafra.

After some years she returned to Dublin but being bored by her proposed PhD in Biology, she came to see what Australia was like and stayed to raise her family here! She did a lot of the early work on asbestos in this country and was granted an honorary degree by the Royal College of Physicians in Ireland for that work.

When her friends’ mid-life crises took them to golf, tennis and china painting, Maura needed a real challenge so she studied law, obtaining an Honours degree at Monash in Melbourne. From there she went on to become a well-known figure in health law in Australia and was for a time the only Australian lawyer member of the American Association of Health Lawyers.

Once she had achieved her ambition to be a partner in a major law firm, she decided to “retire” back to medicine where she rapidly became an authority amongst her peers on menopause issues. Today she lectures doctors and patients on natural hormone management, has published technical papers in medicine, has written on new age medical issues, and also written a spiritual advice column. Maura is a Reiki Master in the Usui system and an entertaining speaker who “tells it like it is”!

A Report revealing the
Simple, Natural Solution
… that finally WORKS

The doctors’ 7 *embarrassing*
secrets, and how knowing
them can fix your hormones.

Your doctor won’t tell you, so get the
solution right here, right now.

“We respect your privacy: We will never
share any of your details with anyone as
we hate spam as much as you do.”

Listen to these
raving fans of
Dr. Maura’s
program

“I’m very resistant about putting chemicals into my body. Maura’s seminar taught me that I don’t have to take HRT. I’m so very grateful for that.”

“I’d been at my wits end, trying to find a someone who could give me a straight answer

“I learnt more in fifteen minutes from Maura than I have in six months from my Doctor.”